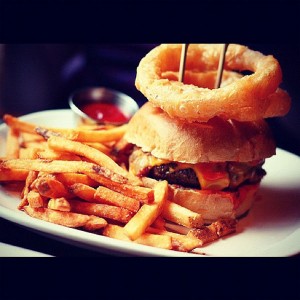 On January 7th, Nathanial Troy Maye, was in a meeting with an undercover IRS agent at a restaurant called Morton’s Steakhouse. While he was there, he took a photo of his meal, which consisted of macaroni and cheese and steak and posted it to his personal Instagram account. The IRS had been attempting to apprehend Maye, who had made claims that he’d had up to 700,000 stolen identities up for sale. At the meeting, the undercover witness obtained a flash drive with 50 identities on it, although they had attempted to obtain 50,000 identities. Upon searching the flash drive after the meeting, the IRS found data on the drive that linked it to a “Troy Maye” and a “Tiwanna Tenise Thomason,” aged 39. Although this was the second meeting that the IRS had had with this suspect, they were unable to get solid identification evidence of the subject. The evidence on the flash drive gave the IRS a name and a lead to follow.

After evidence of a “Troy Maye” being the one in possession of the flash drive was found, IRS agent Louis Babino did a search online for this name. This simple search brought him to the Instagram page of one Troye Maye, which happened to include a photo of the steak and macaroni and cheese dinner that the suspect had eaten while in his meeting with the undercover witness. The caption of Troy Maye’s Instagram photo also read “Morton’s,” which was the name of the steakhouse where the undercover witness and the suspect dined together. The image was also dated January 7, the same date that the witness and suspect dined together.

Thanks to the photo of his dinner, as well as a photo of Maye’s face on the same Instagram profile, the undercover witness was able to solidly identify him as the person that they’d met with. From that point onward, it was as simple as picking up the suspect at his apartment, along with Tiwanna Tenise Thomason, where some 55,000 stolen identities were found in their possession.

Maye and Thomason pleaded guilty last week to aggravated identity theft as well as possession of the unauthorized access devices that allowed them to obtain the identities that they had stolen. Both Maye and Thomason could serve 12 years in prison and be required to pay large fines for these crimes. The IRS and the thousands of victims of identity theft have social media to thank for the apprehension of these suspects.