Business have an exciting outlet to showcase products and make connections with consumers online or though mobile devices. Instagram has become wildly popular over the past couple of years, boasting over 90 million active monthly users and growing. Those users produce an average of nearly 600 likes of photos posted per second and discussions are abundant throughout its pages. 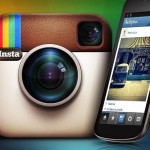 Brands are taking advantage of the visibility Instagram provides with its over one billion photos that have been uploaded to the site. A good amount of its users are uploading their photos weekly, while others are uploading daily. Nearly a quarter of them are using their mobile devices to post pictures and make comments. Some of the organizations are following suit with users and making connections with millions of users by posting photos of their own products and services.

Some brands are getting creative with how they interact with users on Instagram by simply asking for feedback. For instance, Oreo cookie was the only brand to advertise its Instagram page during this year’s Super Bowl, adding another 35,000 followers by the end of the night. The cookie maker asked followers to send the company ideas of things they could make with the cookies or cream used in its products, having followers send pictures with hashtags #CreamThis or #CookieThis. Followers jumped on board and kept the company busy creating things suggested by users.

Instagram has allowed brands to have an immediate impact on consumers and have brought out the creativity in many companies. Using the social media site as an advertising outlet has yet to reach its full potential, yet development in advertisement will grow as Facebook continues to evaluate the photo upload site.

Instagram will continue to grow and the top organizations will change their positions on the list according to how well they brand themselves in the social media world. Last year, Instagram boasted increase of over 700% in mobile users. If that type of growth continues into this year, the company will easily become a popular advertisement outlet.