Instagram Photos that you are tagged in now become Public.

Currently you can pull up a profile of just about anyone who uses the service, and check out photos that they are in. However, only the person who has put a photo on Instagram can tag others in it. In other words, if you upload a photo with your friend in it, then you can tag your friend in it, but your friend will not be able to tag the photo that you have uploaded. The same goes for you though, meaning that you cannot tag yourself in a photo that your friend has uploaded of you.

If you do not want people to see pictures that you were tagged in, then go to your settings and make some adjustments so you have to approve photos before they are able to be viewed by others. 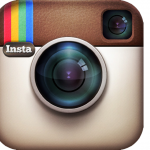 People who are interested in seeing the feature in action, or trying it out firsthand, should upgrade to Instagram 3.5. You can do this by going to Apple’s App Store or you can upgrade by doing it on Google Play.

Before, if you wanted to find a photo of yourself, then you would have had to go through your feed and find someone who mentioned your username in a caption. Doing things this way made things very difficult for users. The last thing anybody wanted to do was to scroll down their activity feed to find out whether or not someone had uploaded a photo of them. Basically, this brand new feature makes things a lot easier for you. Instead of having to take minutes upon minutes to find photos with you in it, it will only take you a couple of seconds to find a photo (with you in it) that someone has uploaded.

However, you should know that if you want to take your old photos and add tags to it, then you need to do it manually, as the new feature will not convert photo tag
As you can see, this new feature that Instagram has introduced is probably a feature that should have been introduced a very long time ago, but better let than never. However, there is one more thin g that should be mentioned, and that is the new feature works great and it is surely going to be a feature that many members use from now on.s. This means that you have to go through every single one of your old photos and then tag them. This may be time consuming, but as of now this is the only way to tag your old photos.