Instagram Has Come A Long Way Since Facebook’s acquisition One Year Ago.

It has only been a little more than a year ago when Facebook announced that it acquired Instagram for $1 billion. When Facebook first bought Instagram it was just a small mobile app that people used to share photos, and the site did not have a solid revenue model. Facebook’s investors were concern that the service would not make the social networking site money, and users of Instagram were also concerned about what would happened to the site. 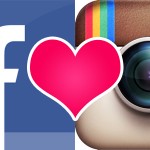 The CEO also pointed out that users will still be able to share their photos to other social networks.

A year after the CEO made that statement, the site seemed to deliver on the promise that was made. Over the course of the year Instagram has rolled out quite a few new features. Some of these new features included a brand new feed as well as new profiles for the Internet. A photos maps feature was also introduced and another feature called Lux was released. Lux is a tool that is used to adjust a photo’s brightness as well as help with balancing exposure. Mayfair, Willow and Sierra were new filters that the site decided to introduce, and an improved camera and tilt shift was yet another unique and useful feature that the site decided to unleash onto its platform. However, one of the most important improvements that the site made was making it possible for people who speak different languages to enjoy the site, as the site now provides translations for 25 different languages.

Not only has Instagram introduced a whole bunch of features over the course of the year, but its following has grew by a lot. As of now the site boasts more than 100 million monthly users, all of who are active on the site.

However, many are now wondering how long can the site can remain independent from the social networking giant as it currently is. Some will be comforted by the fact that so far there are no indications that Facebook will start to roll Instagram further into their current photos offerings.

It is worth mentioning that there is a high possibility of Facebook integrating Instagram into the site, as an integration is likely needed in order to make Instagram profitable. it is also worth pointing out that the new web version of the site allows plenty of room for ads to be placed, so if the site were to place ads, then the chances are it would be able to turn a very good profit.

As one can tell the site has come a very long way, and it seems that the site will continue to grow throughout the next year.